Possible 13 trends for 2013 in geoinformation


Year 2012 has been characterized by the conspicuous influence of geoinformation and location technologies in disciplines that traditionally don’t use it or considered it secondary, ranging from marketing to  solidarity assistance, passing  through interactive games.

Although the world of geoinformation technologies has a great dynamic and speed and  year 2012 saw fulfilled several of the technological predictions expected for the discipline, many experts were surprised by the debut of some trends in which less utilization was expected.

There are several reasons that explain the broader scope of geo-information at the present juncture, among them the current extensive use of mobile devices, notoriously more popular in less developed countries. This trend is additionally reinforced by a decrease in the cost of acquisition of GPS devices and digital cameras. 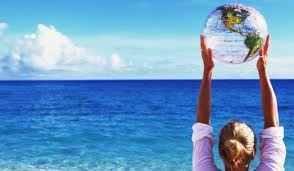 Additionally, the growing availability of geographic data and free base maps online, not only traditional ones as Google Maps or Bing maps but also others of higher quality as (free) Geo Eye, Open Street Map or ESRI is also expanding possibilities for new developers and changing the structure of technological markets. Finally, the growth of applications based on geo-information witnessed in richest countries, is about to be replicated in those countries of lower income per capita.

GeoCensos is pleased to offer an original analysis of 13 approximate trends of the use and application of geoinformation from 2013 on, in the critical light of our own contents and third-party’s articles.

Present is emerging as the turning point in which this discipline finally demonstrates the vital importance of conquering territory and space in the hasty course of the development of information society. By virtue of this vibrant moment for geoinformation science, we provide our audience this analysis in the form of a friendly end of the year toast, merely trying to dive in the near future of potential geoinformation developments and projects starting in 2013 and beyond. Happy end of the year holidays!