Although for society the notion of "hacking" refers to be waiting for insecurities in a computer system to attack it, hackers are presently misunderstood idealists: they rather do in our cyber age what Knights did in the middle ages: search for the sake of their neighbor practically selflessly, seeking for everyone´s good. Of course, if you understand that good is to programme and perfection applications for hours to help the daily live of fellow citizens and cybersurfers, in a clever and playful conception of the world, combining knowledge and fun.

They are no longer dark characters working secretly in the damp basement of their dear mothers. They now socialize in social networks, universities, innovative companies and especially in hackathones, a sort of marathon of hackers, where you sweat bits as you type fast. Arguably, this is a congress of tech wise youths, a urban cyber learned and participatory fauna.

Hackathon is a term used in this environment to refer to a gathering of programmers to develop in a collaborative fashion software or other applications. The term does not necessarily assume the stealth of data from anyone, in fact it refers to the use of open data gladly offered by Governments, institutions, and research and information agencies.

And these meetings are not just a matter of first world cities, or of aseptic North American and European universities. They are also local class, latinas specifically. 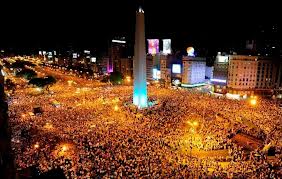 In May 2012 the city of Buenos Aires, Argentina, developed the CiMO - Hackathon.Labs.Talks, a combination of marathon of developments where 100 teams competed for the creation of the best mobile applications for the city on one side and attended lectures of short duration with professionals of the sector by presenting concepts, ideas and experiences, on the other hand. The goal was to generate a digital open innovation platform, developing mobile solutions for the city. The squad consisted in developers of mobile applications in addition to representatives of the public and private sectors, with free and open access.

Another hackathon with an interesting topic for Latin America was carried out last October in Bogota. The participants had the challenge of raising technological solutions to two issues of fight against corruption: follow-up to the financing of electoral advertising for upcoming elections and the report and follow-up to alleged corruption cases reported by citizens. 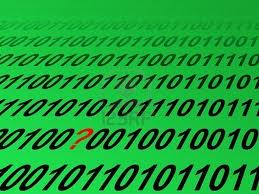 The squad had 24 hours, starting Saturday and ending Sunday, to present their technological prototypes to a jury. The winner received a prize of 1,000 euros for the improvement of its development, also getting free tutoring and other benefits. The hackathon was held simultaneously in Casablanca (Morocco), Vilnius (Lithuania), Budapest (Hungary), Moscow (Russia) and Jakarta (Indonesia). During the activity, several of the participating cities were connected via streaming to learn about the progress of the developments.

In this line of global collaboration NASA is looking for this year to join 50 cities simultaneously. The first International Space Apps Challenge  gathered over 2,000 people in around 25 locations for the creation of global relevant solutions related to spaceflights. Among the locations that developed apps was NASA international space station that normally carries out experiments in biology, physics, human biology, astronomy, meteorology and other fields. There were dozens of submitted solutions, all of which can be found in the section of web solutions of the event. http://2012.spaceappschallenge.org/solutions/ 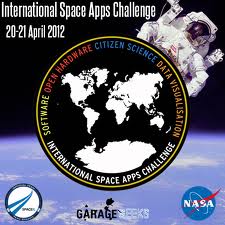 This year NASA duplicates his bet, inviting world-class cities to join. So far 30 have confirmed. The Hispanic world has confirmed Bogotá, Santiago of Chile, Guayaquil, Guatemala, Monterrey and Belo Horizonte to the appointment. Cities such as Madrid await their place in the line. This event will launch on 20 and 21 April.

If you don't see your city on the list and consider yourself in the category of hacker as in the chivalrous idea from this article, you can try to include your city / research centre in http://spaceappschallenge.org/