Geomarketing of Coffee: How far can Juan Valdez burro go?

When the writer Steven B. Johnson presented his book "Where good ideas come from" at the Global TED 2010 in Oxford , he made reference to the local Grand Café founded in 1650 in that university town where thinkers of the enlightenment swaped alcohols by that stimulating hot drink original from Ethiopia, as a company to thoughtful discussions of those days. Dr. Johnson theory on the origin of good ideas assumes a certain (neuronal) "architecture of space" so that good ideas can be procreated.

The documentary "Black Coffee" of TV Ontario 3 suggests that the growth of the cafes on the Saint Germain Avenue in the 15th century in Paris replaced the depressing consumption of alcohol in bars and underground stores by the toasted and stimulant brewed bean, with this fact gradually giving refuge to the talks of the French Enlightenment, which in turn came to give light to the first revolution of our modernity.

Is then there a certain relationship space - coffee - thoughts, a sort of correspondence between enlighted cities, good ideas and coffee? Yet we do not know with certainty.

However, geomarketing may offer some answers to these questions if the right questions are asked, the right tools are applied and sufficient data are available. In a simple exercise of journalism, "The Daily Beast" , a digital magazine,  reviewed some indicators about how major cities rank regards greater caffeine consumption in the United States. The results of the first five cities more prone to spend on coffee are

Source: Gallery "20 Most Caffeinated Cities" in the daily beast

The common characteristic to these cities is that they are located along the Pacific coast of the United States, except for Denver which is located in the Centre of the country. Another common occurrence of the most caffeinated locations is that these have focused around locations such as the Silicon Valley; the home of Facebook, Google, Yahoo, Zynga, Apple or Pinterest, or further North with the birthplace of Microsoft and Amazon in Seattle. 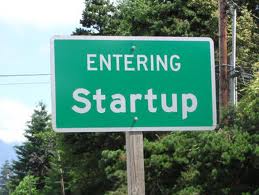 Following the above reasoning, one might suggest, or at least propose, that there is a certain spatial relationship between cities "with good ideas" and the possibility of going to a cafe where bright parishioners may exchange great ideas to then apply after going there.

And so, what use would be confirming this of? For example, if coffee brands such as Juan Valdez or Cafe Britt of Latin origin and others would like to optimize the location of their stores or products in U.S. cities, geomarketing could be of great help. In fact, the epic promotional tours of Juan Valdez riding his donkey could benefit from their current visits to Western cities like Seattle or L.A., making scheduled stops in nearby cities that could be determined accurately through ad hoc geomarketing techniques. 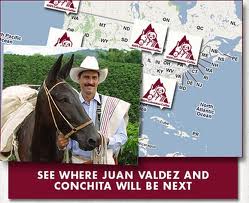 For example, using an geographical information system (GIS) a special multi criteria analysis (MCA) could be run using not only data from the direct demand for coffee (such as consumed quantities, disposable income, complementary goods or prices) but also including tastes or motivations in a territorial setting such as the proximity shops where "generators of ideas" go, the proximity to start-up companies in the region, quality of the broadband in the area, density of parishioners by store, as well as other innovative variables that this dynamic and thriving industry can offer.