There are a number of studies suggesting the needed conditions for a successful development of a citizen-centered e-Government. They recommend a strong political and technical high level leadership, the assurance of an optimal level of infrastructure and access to technologies used regularly by citizens according to their capacity of technological management and a broad domain of the available technologies in use or in development by third parties. 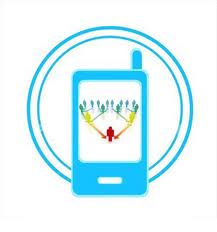 Mobile Government or mGovernment is an alternative that meets these characteristics: it is the extension of eGovernment to mobile platforms, the strategic use of services and applications that are only achievable by Governments using cell phones/smart phones, laptops, personal digital assistants together with the apropiate wireless internet infrastructure.

Defenders of the mGovernment argue that the ubiquity of these devices can help undertaking efficient public Governmental information services virtually anytime and anywhere. An example of such beneficial use would be the sending of massive warnings to citizens registered through SMS, or short message services in an emergency.

The technology in use and under development witnesses that smartphones, mobile smart, have eight times higher rate than that in the adoption of the Internet. Currently more of these devices are sold than PCs and users connecting to the world wide network through mobile devices are already two times as many than those doing it through fixed computers.

In terms of navigation and according to comScore in 2011 non computer type devices; i.e. mobile phones, tablets, and other connected devices reached an average of 2.6% of all the activity of web browsing in 10 Latin American markets. However in Colombia the use of tablets registers a rate close to 40% of the Web traffic generated in devices other than a PC. Brazil shows the highest percentage of traffic from tablets with 39.9%, while Chile showed the percentage of highest web traffic coming from mobile phones with 78.8%.

Additionally, an increased use of messaging in terms of e-mail is verified in the region and especially shifting to geolocation apps related to social networking services. According to a study of Evermind, 40% of entrepreneurs have attempted to develop a corporate mobile application in 2012 to position their organizations and adapt to this new way of offering services, selling and interacting with the target audience. But, what do public administrators and politicians think of this?

The preference by citizens of such technologies warns about the right tools that Governments, particularly in Latin America and the Caribbean, should be developing to successfully reach their people. Some examples of such applications in the public sector are exposed below, especially the georeferenced ones, also pointing out challenges that the development of these initiatives in a strategic level of e-Government means.

Through an open government initiative, Buenos Aires Apps 2012, thought to create an ecosystem for innovators to improve the city, "Buenos Aires Cortes (cuts)" was developed. This is an application that sends notifications to mobile phones in real time alerting about demonstrations and other street blockades carried out in this participative south american an city. Up to now the app is available on Android; it shows the map of cuts, “piquetes” and protesters from the city as well as the mobility status of trains, subways (subte), avenues and accesses to Buenos Aires. This development considers cuts (cortes) to blockades by public or private works, fire, demonstrations or protests, clashes, police lines, filming activities or traffic lights out of service. 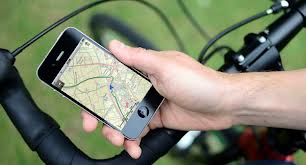 The idea was brought up by three Chileans seeking to give value to each journey that people in Santiago took with their bike in the city. Their aim is to provide advocate information to public or private institutions so that they justify financing new infrastructures for cyclists, helping to a greater appreciation of this means of transport, a real new alternative of urban mobility. The application also has other benefits, such as information about services for cyclists and a panic button to use in case of accident or theft of the bicycle.

Althought not yet available as a mobile application, the  site http://www.sitpbogota.com/mapa-sitp/mapa-del-sitp-bogota/ shows the maps of the integrated system of urban transport in Bogotá (SITP, in Spanish) revealing the route map of the system and stops of each new route or service created. In it, it is possible to query about route stops, simulate a trip and to recognize which is the best route to complete a desired path, in addition to being able to check a specific route stop, or knowing certain stations.

The challenges that these developments face towards a successful e-government strategy can be summarized in the following: