Geo Hackathones are in fashion all around the world

Olga Huertas, MSc
Few know what hackathones really are; a developer´s summit , some sort of party where coders share with their colleagues and “good guys” hackers. These are events aimed to transform every day´s technology gadgets into innovating and useful applications. These tech fan and nerd celebrations have been in use for some time. Non stop overnights are legendary , summoning tens of programmers and digital saveurs that team up together to solve a technological problem or challenge. These happenings are organized by many kinf of companies like Mozilla, Samsung - even the very NASA – trailing solutions and raising profile to so many real life problems such as climatic change, the domestic violence or necessities of ethnic groups.

Map and digital cartography lovers are producing in this waymore and more detailed mapping outcome with this trend, which is beginning to flood   social networks, Internet and even the electronic sign in airports with their solutions for the territory generated through massive collaboration.

First experiences of these kind started with the not-so –well known “mapping parties” , although they unleashed the geo euphoria. These are geo meetings of geeks form the Open Street Map group, created in that spirit and with the purpose of sending their members of their community to recognize a previously delimited area – ranging from their street, block, district or its whole city with open software and a mobile phone or stand alone gps. Thus the legend began when they tried to map in all sort of devices everything that crossed their putting in their files little flags, signs and specific names of streets in the surveyed territory.
More recently, this dynamic modality interested to governments and international organizations who began to understand the value of learning from citizens and territory lovers in the promotion of participation, collection of sensitive information and the updating of land information in a permanent way. For example, in midf last March the White House was sending an initiative for the reuse of climate data in all  of its territory in order to help communities to face the impacts of the global warming. 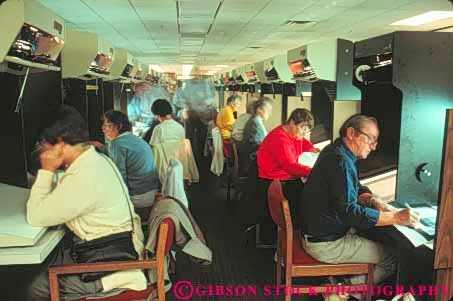 The effort includes making more accessible data from a federal data portal climate.data.gov opening it to the public and interested in a broad sense. Their plan positively defies  communities of programmers, ONGs and local governments to demonstrate in what degree of vulnerability to coastal floods is the whole country;  a strategy that will provide new information on what infrastructure aspects the approach to climatic change should improve. Many mega corporations, such as Google Maps and Esri software have offered their support to assure satisfactory results for this kind of projects. Promising, isn’t it?

It comes with no surprise that a considerable amount of efforts is expended in these, the so called geo hackathones that are being organized in many countries, even in those considered “not so technological” ones in the region of Latin America. This may be mainly explained by the great availability of mobile phones with gps, important availability of  data, flexible technologies and really good open source software.

In Rotterdam, for starters, a Geo Hackathon was run the 8 of April looking to develop APIs and technologies based on ESRI platform organized in turn by Xen Buijs, a Dutch expert in Geo Start Ups. The project intends to produce finished prototypes applications with geographic data in only eight hours to be soon exposed to industralists who wish to invest in them.

In Brazil, the geomatic fair MundoGEO#Connect LatinAmerica 2014 is including a geo hackathon for 7 and

9 of May of 2014, summoning masses of geo hackers from this pioneering electronic government city .  the purpose is to gather young talents that will develop solutions focused in their territory, using open geospatial  data offered by the paulista Mayorship. The event will be developed in parallel to the 4th edition of the MundoGEO#Connect LatinAmerica  event. 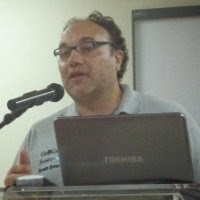 Already the best is yet to come: in Central America countries are looking to join the trend as the heat has just begun. A Foundation of experts in geoinformation called GeoCensos www.geocensos.com  didn’t doubt to unite forces with NASA , Mozilla and GtHUb , in adition to  corporate organizations of El Salvador such as CASATIC and the domain registrar SV net from that country. This was called the Space Apps Challenge geo hackathon . In this global event close  to +90 locations in the world simultaneously collaborate  in a massive spirit. Their call proposes to develop apps to solve clue problems of growth for the country and the region; such as climatic change, sustainable tourism, local development and the natural.  disasters. Next September, they are organizing Mapps2 Hackathon throughtout all Iberoamerica. https://sites.google.com/a/geocensos.com/mapps2/

So, Geo Hackathones are fashionable.  We invite to map together a better world!